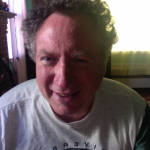 I grew up in Muswell Hill, north London, and joined the Socialist Party of Great Britain at age 16. After studying mathematics and statistics, I worked as a government statistician in the 1970s before entering Soviet Studies at the University of Birmingham. I was active in the nuclear disarmament movement. In 1989 I moved with my family to Providence, Rhode Island, USA to take up a position on the faculty of Brown University, where I taught International Relations. After leaving Brown in 2000, I worked mainly as a translator from Russian. I rejoined the World Socialist Movement about 2005 and am currently general secretary of the World Socialist Party of the United States. I have written two books: The Nuclear Predicament: Explorations in Soviet Ideology (Routledge, 1987) and Russian Fascism: Traditions, Tendencies, Movements (M.E. Sharpe, 2001) and more articles, papers, and book chapters that I care to recall.

Our Aim Is World Socialism

A worldwide system of society based on common ownership and democratic control of the means for producing and distributing wealth by and in the interest of the whole human community.
World Socialist Party US

Submit the form below and receive for free:

-- our pamphlets How the drive for profit devastates our environment and Employment: a form of slavery?

-- Mike Schauerte's Reflections on the American way of life;

-- a trial three-month subscription to The Socialist Standard, Britain's oldest socialist periodical, published every month since 1904.